Chanting: why include it on your daily Yoga practice? - Lucia Yoga

Chanting: why include it on your daily Yoga practice? 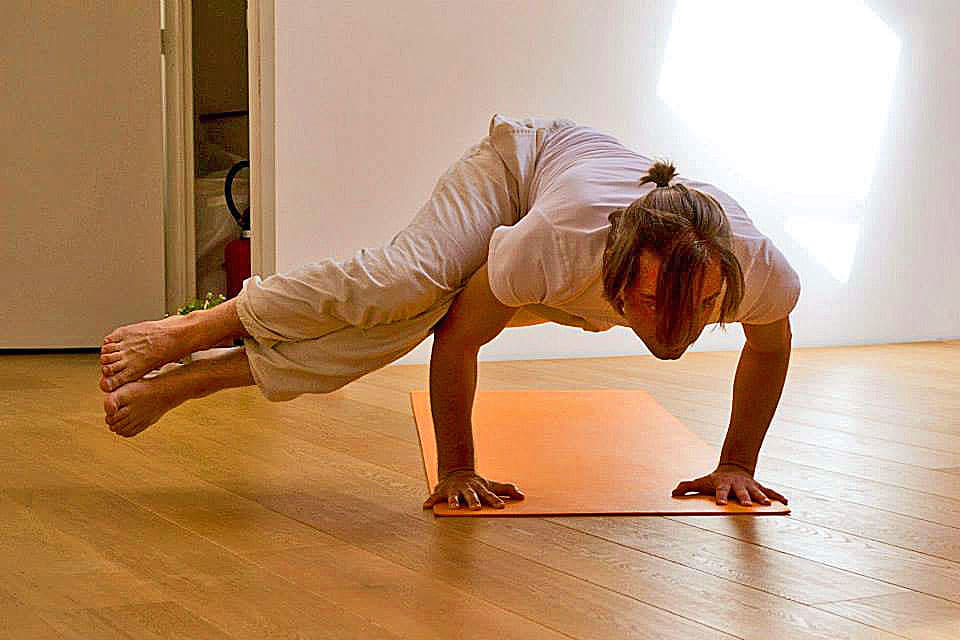 Nada Yoga – The Yoga Of Sound

I suppose you have a voice? Then you can do chanting and Nada Yoga.

In the complete practice of Sampoorna Yoga in the lineage of Swami Sivananda – as taught by my teacher Shri Yogi Hari – Nada Yoga, also known as the Yoga Of Sound, plays an important role.

“Nada Yoga has its roots in the Vedas. It is the science of Divine vibration. Nada Yoga involves a tuning into subtler vibrations, one’s internal music and sounds, until ultimately, one reaches a state where there is absolute silence and peace, returning to the source of creation.

Although many have attempted to dissect and analyze Nada Yoga, it is not just an intellectual pursuit but rather an experiential one. That is why the Nada Yogi delves into the practice without having to fully understand it, striving for the state that will lead to complete absorption and experience.

The vehicle for its transmission is Indian classical music in the form of Ragas, Talas, Slokas, Mantras, chanting, Kirtan and Bhajans. One does not have to be an established Nada Yogi or learned in Vedanta philosophy to practice. Anyone can be involved in this, whether educated or uneducated. This practice will help to purify the body, mind, emotions and intellect.”

Great news isn’t it? Anyone can practice Nada Yoga. There’s no need to understand complicated theories, or study many years of Yoga philosophy or music theory. Anyone with a voice, whether it has been trained or not, can practice this wonderful yogic path.

Your Voice, The Greatest Instrument for Chanting.

While chanting or playing an instrument, one develops focus, concentration and absorption. Once the bodily equipment is refined and purified and the mind gradually becomes internalized, one is taken to higher levels of awareness and consciousness.

The energy system, known as the Pranamaya Kosha, is made up of the Nadis and Chakra system, which are receptors of vibration and mostly influenced by sound vibration. This is why music has such a strong effect on us. You can understand why it is so important to expose yourself to Divine vibration. The person of right discrimination will want to be influenced in a positive way, rather than in a negative way.

The reason why Indian classical music is used as a vehicle for the practice of Nada Yoga, is because it has already been perfected. It was not developed but instead flowed through the minds of purified beings. It is the knowledge of the universe, the knowledge of the Vedas. Veda literally means pure and perfect knowledge.

Through sound vibration, using external instruments such as the Harmonium or the Tabla, Nada Yoga refines and tunes all the bodily systems: the Nadis (the subtle channels through which energy flows), the mind and the intellect.

The body and the voice are the greatest instruments. And you have both at your disposal, all the time… So no more excuses! 🙂

“One ounce of  practice is worth more than tons of theory”

I usually begin my day with a bit of Hatha Yoga to prepare the body for sitting.

Next are Sun Salutations and a few simple postures, to warm up and get rid of slothfulness after a night of inactivity. Just enough to get energy (Prana) flowing so that my body remains comfortable and steady during meditation practice.

Whenever I notice my mind being too agitated, I’ll do some chanting immediately. Then the mind becomes more balanced, more peaceful and steady. Ideal for sitting and meditation practice.

When I practice chanting, I often start off with long sounds. Singing Om. Or Aaaah. As if tuning my instrument. It is the perfect practice to warm up and to develop the voice. This is exactly what I would do when practicing the saxophone, my main instrument. You will be amazed to notice how your voice becomes stronger in just one session.

Then follows Mantra chanting. Mantra means, ‘that which protect the mind’. It’s an amazing tool. Meditation practice becomes easier after this…

The greatest chanting experience is when you sit and sing together with others. For ages people from all corners of the earth have been practicing group chanting. It is absolutely wonderful and a very powerful tool for transformation.

I’m very much looking forward to practicing with you ! Om Shantih.

Eknath, from Belgium, grew up in a vegetarian family, where nature and the respect for all beings was the daily theme song. In his teen years he got interested in yogic breathing techniques while practicing the saxophone. During his long career as a professional musician, Eknath practiced Tai Chi, Aïkido, Hatha Yoga, Chi Kung and meditation. He started practicing yoga regularly in 1994. In 2008 – 2009, he participated in the 500h Sampoorna Yoga Teacher Training at Shri Yogi Hari’s Ashram in Florida. 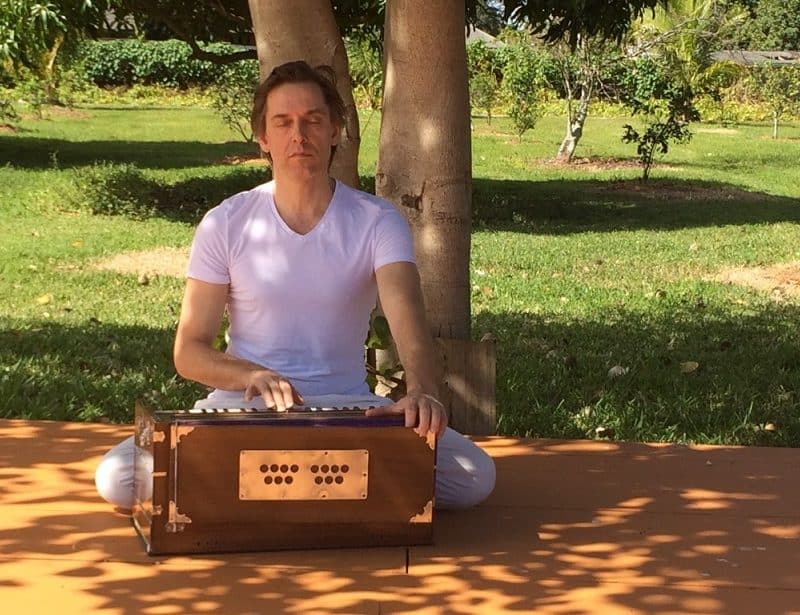 Things made me love kirtan as a yoga practice For as long as I can remember, I’ve always been attracted to the sound of music. I’m […]