The influence of the moon in our Yoga practice - Lucia Yoga

The influence of the moon in our Yoga practice 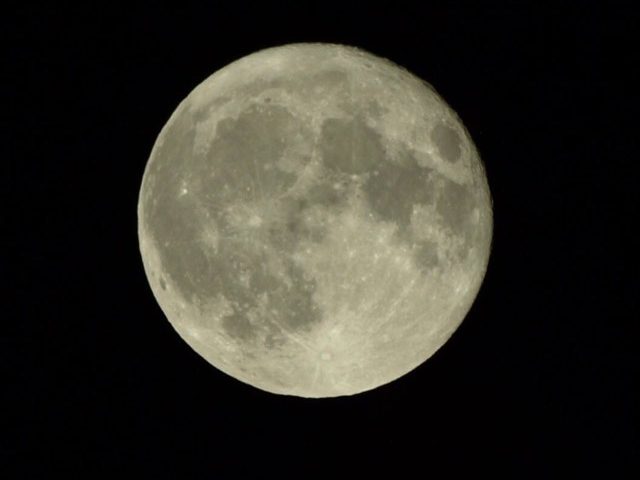 The Moon orbits the Earth and is our closest satellite. The moon’s pull causes the high and low tides of the ocean. There is scientific concrete evidence that the influence of the moon can affect our sleep patterns. It also can influence when and why we practice yoga.

In Hatha Yoga, there is exertion and relaxing representing the opposites within us. The Moon exerts a gravitational pull on the Earth. With the different positions of the moon, we feel different energies. The full moons are similar to our breathing cycle. Below we will talk about the influences of the moon on the body and in relation to our Yoga practice.

The influence of the moon in the nature

Don’t forget that there are certain mysteries around the influence of the moon on humans and animals and not a huge amount of science-based evidence. But we do know that the pull of the moon governs the tides of the sea. Many traditions follow the moon cycles for marking religious dates or for ceremonies and rituals.

Also the cycle of the moon at 27 – 29 days to orbit the earth matches the average woman’s menstrual cycle. All these aspects mean that to the Yogi, the influence of the moon is one to be acknowledged, explored and studied.

The influence of the moon in the body

In Yoga we put an emphasis on creating balance in the body and all levels mentally and emotionally. Even physiologically, we aim to affect homeostasis in the body where there is a constant equilibrium in ones internal environment.

The influence of the moon can bring extra energy to us and considering we are 70% water. Some say we are directly affected by the moon cycles. However, it was pointed out to me the other day that the water in the body exists at the intercellular level, no actual pure water- H20! It exists within our cells, blood, plasma, and skin.

In fact, there is no scientific backed evidence yet that has been found of the direct causal relationship of the moon and the human body. But just because scientists have not found it yet does not mean there is no effect. So we then have to turn to the myths and legends and ancient traditions which are full of references and ways the moon influences the body and mind.

For thousands of years, the moon and her mystery have inspired poems, myths, rituals, and ceremonies. In Yoga historically there has been much significance placed on the moon events.

The influence of the moon in our breathing cycle

At the end of our intake of breath, the force of prana is the greatest – this you can feel in the practice of Kapalabhati (pranayama technique) in the breath retention and you can feel the pranic energy in your body. Or just take a moment now and inhale and hold your breath.

This can be likened to the full moon energy, where we feel energetic, sometimes emotional by the upward and expansive moving force. The end of the exhalation you feel a drain of energy as you exhale all air completely.

This is the force of Apana which is the downward force of air and movement and corresponds to new moon energy. Often associated with taking stock, calm reflection and the feeling of being grounded.

The influence of the moon in our Yoga Practice

It will be hard to ignore the influence of the Moon on our practice. It is a cycle of nature around us. As we become more attuned to nature we can recognize its influence and even use the energy to inspire or lead us in our yoga practice.

Whereas the sun salutations have really ancient origins the moon salutations are fairly modern and were developed in America by women as a 16 posture yoga flow. It was developed to help and support women in their various cycles of menstruation, pregnancy and menopause. It is a cooling practice directly opposite to the more invigorating sun salutations and can be used in your practice to balance physically and emotionally.

The moons’ energy relates to the feminine energy and so in relation to our yoga practice, we could focus on cooling and balancing asanas. So, we also have postures with the moon name in Sanskrit ‘Chandra’. There is also a focus on postures that slowly open the heart and chest area to balance the flow of energy in the body.

The influence of the moon in Ashtanga Yoga

In Ashtanga Yoga, practitioners are advised against the full physical practice on the new moon and full moon days. They advise extra care and caution, due to what they say is the effect on our internal energies or how we are affected by the polar energies ( like the sun and moon). So they deduct that the risk of injury is greater as our “prana” is fuller and exertion while experiencing the ‘apana’ energy is working against the natural body so calmness, rest or even meditation is advised.

The influence of the moon in the heating and cooling energies

Perhaps in this world of overstimulation, it might be wise to understand and make that connection to the cycles of the moon and seek out practices that bring you calmness so that you can cultivate quietness. Yogic texts acknowledge the heating and cooling energies in the body and so you can think of the cooling Yoga practice in relation to the moon energy as a way of replenishing our vital energy.

The well known Yogini Shiva Rea stated herself that ‘ after many years of her intense ‘solar’ practice,’ when she cultivated a regular practice of Chandra Namaskar, it changed her. She said “ we all feel the ebb and flow in our energy, and now I see I value of both sides. On a personal level, Chandra Namaskar has really helped me become a more full – spectrum yogini’.

I hope you will take some time to explore for yourselves, bathe in the moonlight and drink in its qualities like a ‘nectar’ and be guided by the light of the silvery moon!

Practising yoga in various traditions for over 20 years, Debbie qualified as a yoga teacher at the International Sivananda Vedanta Yoga Centre in Himalaya, India in 2009. Since her return, she became a teacher with Yogaprema and curently works with them leading Yoga classes in Bristol, UK. She also established a Health at Work yoga programme for Bristol City Council leading classes for employees and now has other corporate clients like Airbus and the MOD. Debbie completed the Advanced Teacher Training at the Bahamas Sivananda Ashram and is fully insured and listed with Yoga Alliance( 500 RYT). She now has a full schedule of Hatha Yoga classes, workshops for all levels in South West UK. She will join a Lucia Yoga Retreat next June 2017 as a guest yoga instructor. 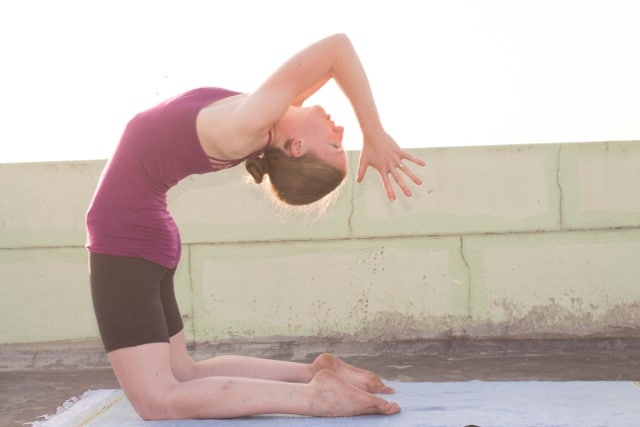 The Queen and king of inversions in Ashtanga yoga

An exploration of being upside down Inversions appear in our yoga practices regularly, no matter what style of yoga you practice. Have you heard about the […] 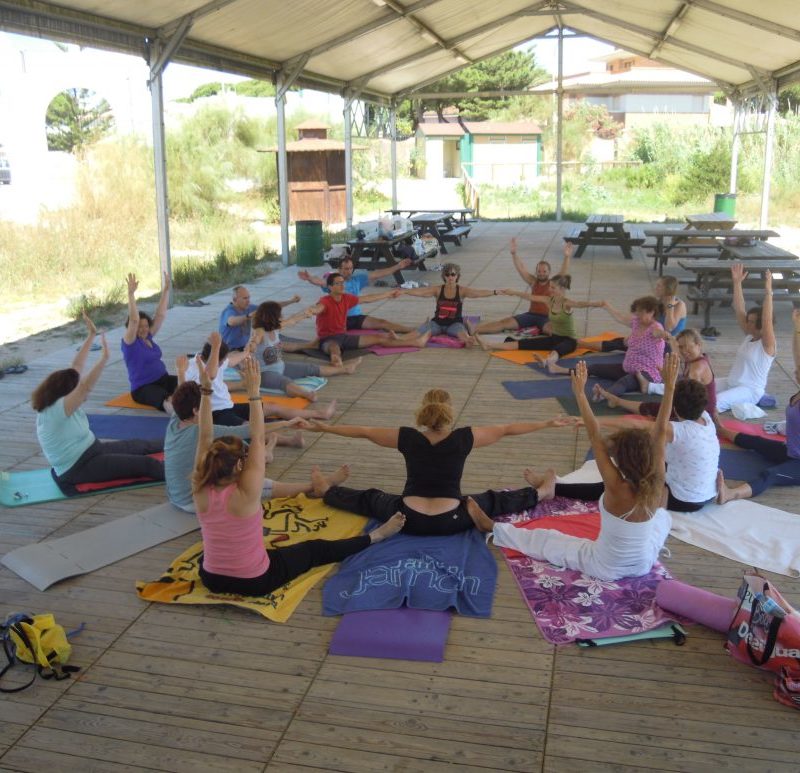 Need some tips on how to choose your yoga style? Maybe you are just getting started and lost in the many different types of yoga there […] 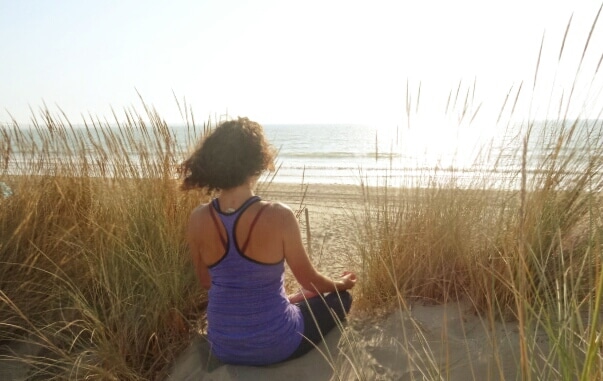 Living a Yoga Lifestyle through the Yamas and Niyamas

There can be no doubt that in the west we have fallen in love with yoga. But the reason why goes beyond the flashy postures, the […]